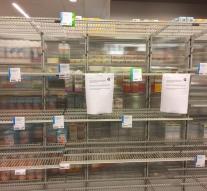 brussels - For Belgium, 51 poultry companies have been blocked for the time being, of which 22 laying farms. This is reported by the Federal Food Chain Security Agency (FAVV) on Monday. Agriculture Minister Denis Ducarme had asked for more data after criticism in the Netherlands, the Netherlands and Germany about the lack of transparency about the approach to the egg scandal in Belgium.

Originally, 86 poultry companies were preventively blocked, with 48 laying companies. Samples have also been taken from precautionary and reproduction companies. At 21 companies, the Belgian authority found fipronil infection. These are concentrations of maximum 0.092 mg per kilo, well below the EU limit of 0.72 mg / kg.

The FAVV already knew about the fipronil infection in June but only informed the neighbors on July 20th.