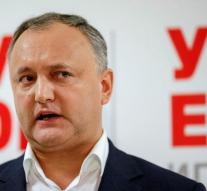 It is the first time in twenty years that the president of the 3.5 million inhabitants the country is directly elected by the population. Normally, this happened through parliament.

Sunday there were presidential elections in Bulgaria. There, too, won the Socialist candidate, Rumen Radev, who also favors closer ties with Moscow.