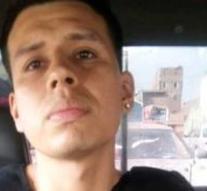 lima - A Peruvian prisoner once again ended up behind bars after he had escaped in a fetched manner over a year ago: he left his twin brother in his cell and fled the prison himself. According to local media, the man said he would like to see his mother...

Alexander Delgado was sentenced to a prison sentence of 16 years for child abuse and multiple robberies in a prison north of the capital Lima. When his twin brother Giancarlo came to visit him last January, he dried his brother, put on his clothes and walked out of prison with his identity card. The change was only discovered hours later.

Delgado has been on the run for a total of thirteen months. Finally, he was arrested last Monday after the authorities had offered a reward for the golden tip. The man is presumably now detained in a heavily guarded prison in the south of the country.