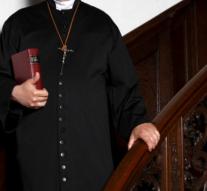 - Ordinary priests may also forgive after the end of the Holy Year of women who have undergone abortion. That Pope Francis decided, according to a apostolic letter he signed Sunday and was presented on Monday.

The pope in 2015 already announced that priests were forgiven during the Holy Year abortion. Normally this right reserved to bishops or special confessors.

In the letter dated Sunday, Francis emphasized that abortion according to the Catholic church is a grave sin, but that 'no sin is so heavy that it can not be forgiven. 'The Catholic Church excommunicates women who have an abortion and doctors who performed the operation. This ban is lifted after official pardon.

The Holy Year, which was dedicated to charity, ended Sunday.