Home / World / Priest in jail for abuse at private school 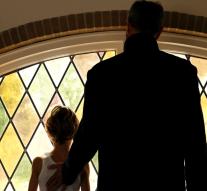 - A Catholic priest was sentenced in Peru to 35 years in prison and pay a compensation for sexual abuse of a child. This took place at a private school where the man worked as a chaplain.

The cleric has confessed that he raped the victim between 2010 and 2012 several times. The boy was ten years old when the priest for the first lock bar to him. The victim told the man to him after the abuse toestopte one time money to buy an MP3 player.

In recent years, more and more abuse cases around the church to light in South America. Clerics are relatively often involved with schools there.