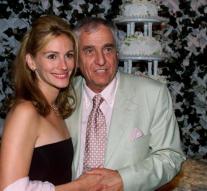 burbank - American filmmaker Garry Marshall is deceased at the age of 81 in Burbank (California). The director, writer and producer died, according to US media at the hospital from the effects of pneumonia.

Marshall directed several well-known films such as Pretty Woman, The Princess Diaries and Runaway Bride. He was also a producer involved in such series as Mork and Mindy and Happy Days.

,, He loved telling stories, making people laugh and softball, 'said a statement from his publicist. The filmmaker, according to CBS News buried privately. Marshall leaves his wife, three children and six grandchildren.