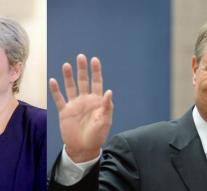 bucharest - Romanian President Klaus Iohannis does not agree with the appointment of Sevil Shhaideh prime minister. The Social Democratic Party PSD had set its candidate for prime minister. Iohannis called PSD Tuesday on a new candidate to put forward.

Earlier this month, the PSD won the parliamentary elections in the Eastern European country. To form a government, the Social Democrats teamed up with the left-liberal ALDE party. It is not known why Iohannis Shhaideh not want as prime minister.

The PSD was its chairman and former Deputy Prime Minister Liviu Dragnea not nominate for prime minister because he was convicted earlier this year for manipulation of a referendum. The choice therefore fell on the Muslim Sevil Shhaideh.