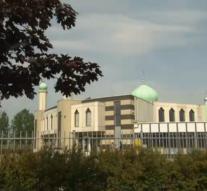 almere - The chairman of the board of the Al-Raza mosque in Almere has been inactive. Under Secretary Mohamed Maksoedan he can not perform his duties until the investigation is to conclude illegal marriages in the mosque.

The SBS6 program Undercover in the Netherlands Sunday sent out a report. It was seen that the mosque would participate in illegal religious marriages.

The Prosecution does ' an exploratory investigation '. ' We first see if there are any crimes, '' a spokesman said earlier. Of persecution is no question yet.

The program was seen Sunday by using a hidden camera did a woman if she wanted to marry a Muslim. She would become his third wife. It is stipulated that the president will participate in the marriage, even though it clear that there is not married under Dutch law.