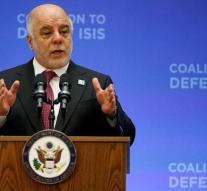 baghdad - Iraqi prime minister Haider al-Abadi has formally demanded suspension of the independence referendum issued by the semi-autonomous region of Kurdistan on Monday.

The referendum is scheduled for Monday. The premier went to the Iraqi Supreme Court to unconstitutionally exclaim 'the secession of any region or province of Iraq', said the office of al-Abadi.

The court makes ruling on disputes between the central government and the regions, including Kurdistan. However, the court has no means to enforce the execution of its decisions. Kurdistan has its own police force.

Turkey, the United States and other Western countries have called for cancellation of parliamentary consultation. Turkey in particular fears that a yes voice will wake up the separatism of its own Kurdish minority.