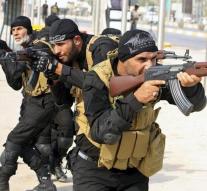 baghdad - Iraqi Prime Minister Haider Al-Abadi has declared victory in the battle against the Islamic State party in the town of Tal Afar on Thursday.

'Tal Afar is liberated,' the Prime Minister said in a statement. He called on the remaining warriors of IS to surrender. In the past few days, IS warriors still offered strong resistance in Al-Ayadiya, located near Tal Afar. An Iraqi army spokesman predicted that they would fight death because they had 'nothing more to lose'.

The Iraqi forces launched this attack on Tal Afar earlier this month, where 200,000 people were living in the conflict. The city is on the strategically important highway between Mosul and Syria. It was, with Raqqa, one of the few cities that were still in IS hands.