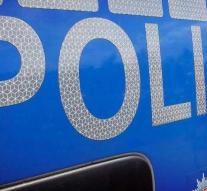 chemnitz - The city festival in Chemnitz in the German state of Saxony was prematurely ended on Sunday for safety reasons. Nationalist demonstrators had taken to the streets in response to the death of a 35-year-old German in a fight in the night from Saturday to Sunday.

According to the police, 'multiple nationalities' were involved in this brawl. In addition to a dead, two seriously injured.

The right-wing populist AfD and the anti-Islam group Pegida held a demonstration on Sunday afternoon which, according to the police, attracted about one hundred participants. Later, hundreds of right-wing hooligans from the Kaotic Chemnitz group took to the streets to 'show who is in charge of the city,' reported the ARD station. According to the police, the hooligans threw bottles at agents and refused to follow orders.

A spokesperson for the town council of Chemnitz said that due to the unrest the town party was closed at 4.00 pm on Sunday. It would actually take until 20.00 hours.