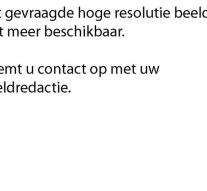 - The school drop-out MBO has declined over the last decade from 10.8 percent to 5.4 percent. Which quantified the Central Bureau for Statistics (CBS). According to a spokeswoman for the efforts of the government and schools themselves have been so clear result.

In Friesland the fewest students leaving early MBO: 3.4 percent. In Drenthe and Overijssel leave relatively Weining MBO their school. In North and South Holland is the base by more than 6 percent on average the highest. In the big cities and their surroundings because the percentage is even slightly higher.

Boys with a non-western background stop most often without having a basic qualification (at least a diploma at MBO level 2 or HAVO or VWO diploma), noted CBS.

In the school year 2014/2015 followed nearly 389 000 young people a vocational education to 23 years. A year later there were more than 21 000 left without basic qualifications.