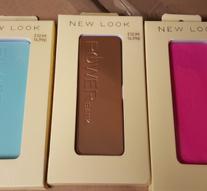 the hague - A so-called Power Bank of the brand New Look seems to be able to catch flame. The power storage device manufacturer, used to charge phones or tablets on the way, called on owner's Thursday to immediately stop using it.

The power banks were sold between September last year and April this year at Kruidvat, Trekpleister, Intertoys and Bart Smit. Customers who return the device to the seller will get their purchase amount back.

The problem is that the devices are not properly protected against overload. If such a power bank is in the mains for a long time, it can overheat and fly in fire.

These are the following models that can catch a flame: