Home / World / Power comes back on track in Crimea 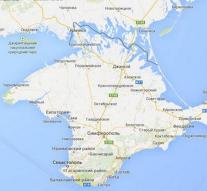 - Once in the night from Saturday to Sunday the stream on a large part of the Crimean peninsula was suddenly dropped, there is in the largest cities again electricity. This said Michael Sjeremet of the regional government Sunday. He also said that generators are on their way. There is enough fuel to keep the generators thirty days started.

The power supply on the peninsula where nearly two million people, is largely provided by Ukraine. The Crimea is Russian cultural and historical sense, but was in the days of the Soviet Union annexed to Ukraine. Last year, Russia annexed the Crimea shortly after a controversial change of power in Kyiv, capital of Ukraine.

Crimea annexation is not internationally recognized. Several media in Ukraine and Russia reported that the power cut by explosions at power pylons leading to the flow of Ukraine to Crimea. There may be people behind who want to fight the pro- Russian authorities.