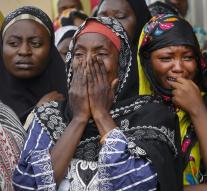 - The United States, Britain and France are in talks with the United Nations on the deployment of a UN peacekeeping force in Burundi. Following the violence in the African country which threatens to result in an ethnic conflict. That diplomats on the basis of anonymity Wednesday told Reuters.

Certainly 240 people have been slain and tens of thousands have fled to neighboring countries because of the violence which began after President Pierre Nkurunziza had announced in April to go for a third term as president. He won the election in July.

For dispatching UN troops are unanimous approval of the Security Council needed.