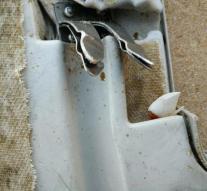 - In Tanzania, a new debris washed ashore which may have come from the missing flight MH370 Malaysia Airlines. It is a big part, but,, only confirmed that a Boeing 777, we will send a team to investigate whether the MH370 is, '' said Transport Minister Liow Tiong Lai at the Malaysian news agency Bernama.

On the French island of Reunion, South Africa and Mozambique are all elements found probably belonged to the plane disappeared in March 2014. Bags and other personal items that recently washed ashore in Madagascar were not claimed Liow MH370.

The Boeing 239 passengers disappeared during a flight from Kuala Lumpur to Beijing. According to researchers switched one deliberately out before changing the direction the transponder. It is almost certain that the unit still flew thousands of kilometers before disappearing into the Indian Ocean.