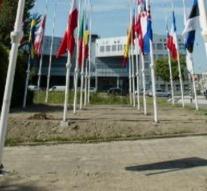 The 49-year-old Campinos now heads the EU Intellectual Property Office in Spain and was previously the president of the Portuguese Patent Institute. The 38 EU Member States elected him on Tuesday in Munich, with headquarters, the only opposing candidate from Italy.

At the 67-year-old Battistelli, since July 2010, EOB president, there is much criticism, among other things because he would violate the rights of the staff and dismiss critical workers. According to the EEP trade union SUEPO, which is on the verge of war with the Frenchman, there have even been several suicide cases. SUEPO wants the new chairman to restore social peace in the organization.

The Dutch government also had great concerns about the staff. Former State Secretary Martijn van Dam (Economic Affairs) conducted a 'strong' conversation with Battistelli last year, but that did not matter.

The EOB, which employs nearly 7000 employees, assesses patent applications and grants patents. It is not an EU institution.