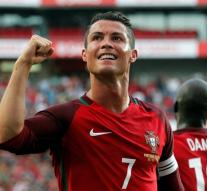 - The Portuguese economy appears from the fire. The growth rate that Southern European and debt-laden country Tuesday reported was the highest since 2012.

The growth over the quarter was 0.8%, compared with the previous three months and 1.6% over a year ago. It is a first short message, the notes and details to follow.