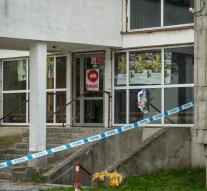 bydgoszcz - By mass panic at a student party in northwestern Poland , a student was killed . That the university in the city of Bydgoszcz Thursday. The accident happened on the night of Wednesday to Thursday . Sixteen people were injured , two of them seriously .

The party was for the start of the academic year designed for 700 to 800 people, but there were more than 1200 students off. Compromised in a corridor between two buildings broke for unknown reason panic.

The crowd flowed from both sides of the corridor and the people who were already there, could not move anymore. Some people jumped from the windows to reach safety. Before that, they had to smash windows, because they were not going to open.