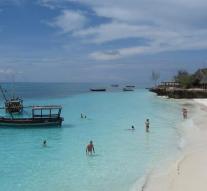 dar es salaam - The police on the Tanzanian island of Zanzibar want to 'hunt' homosexuals and bring them to court.

Police commissioner Hassan Ali Nasri said this Monday. The police arrested twenty alleged homosexual men and women on those attendances at a healthcare workshop on Friday. They have now been released on bail, Nasri said.

Homosexuality is legally prohibited in Tanzania, but is not usually criminal prosecuted. Zanzibar is an autonomous part of Tanzania and has a predominantly Islamic population. The island is considered socially conservative than the mainland.