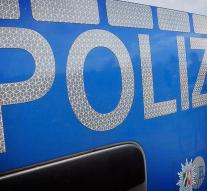 - Police in Munich warns on New Year's Eve via Twitter for a possible terrorist attack in the Bavarian capital. She calls people on public places where large numbers of people and avoid train stations. Some stations have already been evacuated. No trains run more.

,, We have concrete indications that an attack was planned, '' said a police spokeswoman. Police said earlier Thursday even know that there was no additional security in Munich. However, there were more security people than usual on the streets.