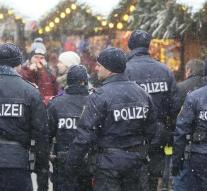 vienna - With fifty arrests, the Austrian police in their own words, after years of research almost completely rolled up a big drug ring. The mainly Nigerians existing gang smuggled at least from 2012, large quantities of cocaine and heroin to the Austrian capital, especially from the Netherlands, where drug smugglers swallow into balls.

The people behind these balls in the Netherlands are among those arrested, the Viennese police reported Friday.

The investigation lasted four years and the arrests have been made over the years. A number of people involved has been sentenced to imprisonment. The police, the gang was on the track when it was discovered that a Nigerian who scrapped old cars exported to West Africa, 250 000 had hidden in some downs. The police immediately took that money out of the car dealership, but drugs had come.

There are 35 drug dealers, ten packers and arrested five others. Police have 21 kilos of drugs seized. It is believed that the gang for at least 6 million drug has brought to Vienna.