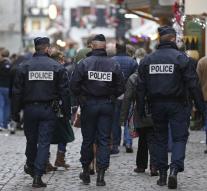 - The Paris police on Friday recommended Sunday and Monday to use only in urgent need of public transport. The roads to and from the airports Roissy and Orly airports will be very busy and it is deteriorating to drive the car, the police warned. The reason for the crowds is the international climate conference that begins Monday in Paris, reported the newspaper Le Figaro.

The call from the police is at odds with a measure of the transport authorities. Who on Wednesday that public transport is free Monday and Tuesday to persuade commuters to leave their cars at home. It is still unclear how elaborate the opposite action.

The German Environment Minister, Barbara Hendricks, did not bother anyway. She does not go by plane and not by car or public transport. Hendricks comes this weekend with her ​​delegation in Paris in a special climate-friendly train.