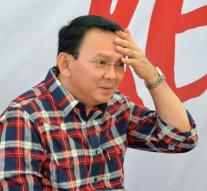 jakarta - The National Police of Indonesia has launched an investigation into the governor of Jakarta. Christian governor Basuki Purnama Tjahja would have insulted the Koran.

Muslim groups believe Purnama as a Christian should keep his mouth shut about Quranic verses. tens of thousands of conservative Muslims in early November demonstrated against the governor of the capital of Indonesia.

Some political opponents try voters with religious arguments, however, to keep voting for him. Muslims should not cover non-Muslims are allowed to vote. Purnama believes that nonsense and self quoted from the holy book of Islam to make his point. According to the people who went on the street when he has the right to do so. They are now demanding the resignation of Purnama for insulting the Koran.

A police spokesman said Wednesday that the governor should remain during the investigation in the country.