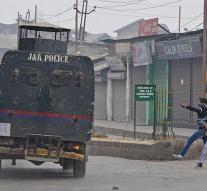 - Police in India tortures and kills systematically suspects detained in prison. Between 2010 and 2015, were 591 people who were killed in detention.

The international human rights organization Human Rights Watch (HRW) in a report relies on official Indian figures. Instead of calling the police to account, writes HRW, the government is only necessary reforms against which better safeguard the rights of detainees.

HRW investigated seventeen individual cases and talked with over seventy stakeholders such as lawyers, family members, judicial staff and police officers. In all cases it was found that the police had not complied with the statutory procedure for arrest and detention.

Human Rights Watch believes that the Indian police should learn by now agree that the beating of suspects is unacceptable. Police investigating the death of detainees, do anything to protect the colleagues concerned. Instead, they should bring the culprits to justice.