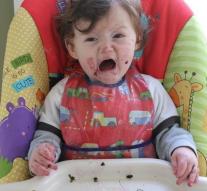 - A recalcitrant toddler has in the German Brandenburg unleashed a quest with his behavior. Passers-by called the emergency Saturday night, after they had seen a screaming and crying child was pulled into a car, which then took off at high speed.

The police came after the alarming message into action. It turned out that there was nothing to worry about. Police tracked down the mother of the boy. She told officers that the boy had become upset because his father around eight o'clock in the evening had decided it was time to leave the playground. The boy refused to his father in the car to move and thereby loudly protested, the police Sunday outlined the situation.