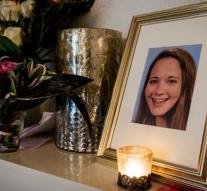 - The police have no evidence that Dascha Graafsma was drugged before she landed late last month under a train. A spokesperson said Friday in RTL Boulevard. The girl and her friends bought two glasses of wine in a nightclub, where they stayed and drank it out together. Before the girls went to the disco, they had already been drunk.

None of the other girlfriends has become unwell. It also showed that it was a fight in the friends group also has a appje. It has also been beaten. Or Dascha 's sudden departure from the disco kept associated with it is unclear.

The conclusion of the police is at odds with that of a forensic pathologist Frank van de Goot. The parents of Dascha Graafsma had him doing research. It showed just that it appears it Dascha was drugged.

Research by sniffer dogs found that the girl before her death hours Hilversum wandered. After the quarrel she had gone out through the emergency exit. About fifteen minutes later, around a quarter past two, she walked across the Neuweg homeless along the Cocoon. A security camera filmed her there likely. The family has seen the pictures and assumes that it is Dascha.

The police still delves into the girl's iPhone. Which was last surveyed in the vicinity of the Zeshoven. There is indeed found her ID card.,null, Have you found the phone, put it in an envelope if necessary by the bus at the police station. For us, the phone is very important, '' so called a police spokesman.