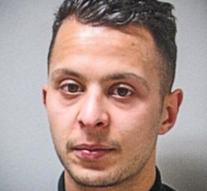 brussels - It is not charged to the hideout of terrorist Salah Abdeslam was not timely in the database of the police chief of Mechelen. That the Antwerp report after investigation on the exchange of information within the police write Belgian media.

Police chief Yves Bogaerts in December received a tip in the hiding place of fugitive when Abdeslam for the attacks in Paris. Bogaerts mailed a colleague in which he ordered in his own words to put the tip into the national database. But those colleagues interpreted the mail another so that the tip remained until after the attacks of 22 March in Brussels. After the arrest of Abdeslam tip was successfully processed.

That was far too late judge the Antwerp prosecutor's office. 'But there was no criminal intent. 'A parliamentary committee will consider yet on the issue.