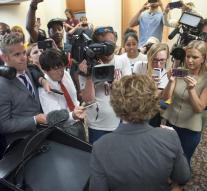 minneapolis - The police chief in Minneapolis (Minnesota) resigned on Friday from the mayor of the city. The latter had no confidence in her functioning after Australian Justine Damond was shot by an agent.

The unarmed Damond died last weekend after an agent had shot her through the window of a police car. The woman walked into her pajama after calling the police. She suspected that an assault occurred in her neighborhood. The incident led to fury in Australia, Australian Prime Minister Malcolm Turnbull demanded clarification.

The mayor said he had no confidence that Janee Harteau could further lead the corps. The residents of Minneapolis have also lost faith in her, says the mayor.