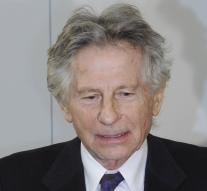 - Samantha Geimer, the woman who as a girl by Roman Polanski would be abused, is very pleased that a Polish court has rejected extradition of Polish- American director to the US. She calls the decades-long struggle " a farce that causes unnecessary suffering."

quote; I believe they have made ​​the right decision considering all the facts ", she said in an interview with NBC. " I am aware of how long ago it was. "

Polanski said being aired his when he heard the verdict, a feeling that shares the 52-year-old Geimer. " I think he's a nice man, I know he has a family and I think he deserves to leave it all behind. "

The US wants judge Polanski because he allegedly abused in 1977 the then thirteen year old Geimer. The director has lived mostly in his native France and Poland, countries that have no extradition treaty with the US