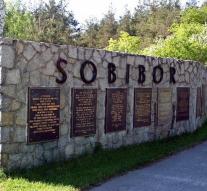 warsaw - The Polish government wants every one that indicates the concentration camps of the Nazis in Poland as 'Polish camps' future punishment. Who still controls the name, must fear for three years in prison.

The right-wing government in Warsaw agreed Tuesday to a bill that,, insulting comments that secures the reputation of Poland damage '' from the drop punishable message Polish news channel TVP Info. This includes the term 'Polish camps', which the government is irritated for a long time. The term suggests to her that Poles are complicit in the Holocaust. Especially the foreign press and foreign politicians would be guilty about it.

The Polish state would offenders may also ask for damages, the BBC reports.