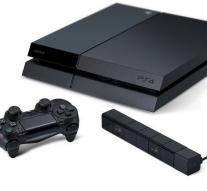 - Gamers wishing to take advantage of PlayStation Network may have sat suffer technical problems. The cause of the problem is still unclear, but Sony has confirmed that there is something wrong.

Reported Tweakers. The problem has to do with an e-mail service from Sony, allowing new users or those who want to change their passwords no or only get a very delayed confirmation email.

Last year, PlayStation also had problems around Christmas. When that came from an attack by hackers.