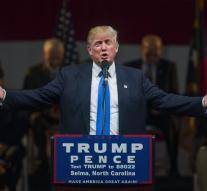 - A presidency of Donald Trump ' may well be cause a lot of damage, '' said Minister Ronald Plasterk of Interior Friday. Ministers of the Cabinet hoped that trumps rival Hillary Clinton next week president of the United States.

Plasterk finds the Republican Trump ' very very extreme on some scales. ' He fears that the US government will take an isolationist attitude among Trump.

Clinton ' the United States wants to retain a place in the world ', says minister Lilianne Ploumen (Foreign Trade and Development). Her colleague Ard van der Steur (Security and Justice) think it is better for international cooperation as a Democrat it. ' For the Netherlands will play best when Clinton that post. ''

Melanie Schultz (Infrastructure and Environment) finds it worrisome ' '' that Trump has no managerial experience. ' He's pretty aggressive in everything he proposes. '' Secretary of State Klaas Dijkhoff (Security and Justice) takes Trump ' onpresidentieel '.