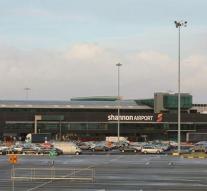 - A plane of OpenSkies which was en route from New York to Paris, Monday made a special stop in Ireland. Because the toilets on board of the flight did not, and the 172 passengers no longer could hold, there had to be a stop light speed.

The Boeing 767-300ER then landed at Shannon Airport. Since engineers have repaired the toilets on board and passengers could do their needs.

More than two hours later resumed the flight to Paris.