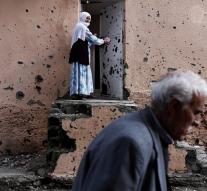 ankara - The PKK has proclaimed Thursday denounced the unilateral cease- fire. The militant Kurds put the fire break on October 10, after the bloody attack at the main railway station in the capital Ankara.

Over a hundred people were killed in that attack by two terrorists blew themselves up. The victims were about to take part in a demonstration against the bloody struggle of the Kurds and the Turkish army in the southeast of the country.

The decision, according to the PKK dictated by the relentless war policies of the ruling party of President Erdogan, the AKP, and the attacks by the army carries on unabated Kurdish targets.