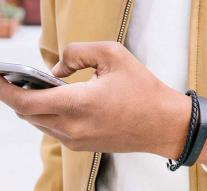 - Jawbone, one of the first manufacturers of smart tech bracelets that measures motion and health, stops. The former darling of Silicon Valley has requested bankruptcy.

That reports technology site The Information. Three years ago, the company founded in 1999 worth $ 3.2 billion, thanks to 5% of the so-called wearable market.

This bankruptcy of Jawbone would be the largest bankruptcy in Silicon Valley since Pebble, the smartwatch maker, left terrain.

But after the start, it was not good to box up against the power of technology giants like Apple, Samsung and Fitbit, who all came to market with their own technology watches and bracelets.

It did not initially lack Jawbone on growth capital: the well-known investors such as BlackRock, Kleiner Perkins and Andreesen Horowitz and Sequoia Capital jointly invested $ 580 million. However, Jawbone was regularly harassed by lawsuits from competitors such as Fitbit and deficiencies in production.

The story is not over yet. Jawbone founder Hosain Rahman is currently working on a restart: Jawbone Health Hub. That would have attracted many Jawbone employees, BlackRock has once again taken an interest in Jawbone, said Axios news site.