Home / World / Picked up Syrian had links with IS 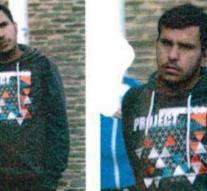 - The 22-year-old Syrian who was arrested in the night from Sunday to Monday after a manhunt in Leipzig, had links to Islamic State, as the German prosecutor announced. The man is formally suspected of preparing an attack.

In home Jabr al-Bakr in Chemnitz were found explosives Saturday 1 pound and 1 kilo of chemicals intended for a terrorist attack. German Interior Minister the Maizière said Monday that preparing for an attack in the home in Chemnitz similarities with the bombings carried out in Paris (November 2015) and Brussels (March 2016).

The Syrian could escape during the raid in Chemnitz. The German security police had put on the trail of the suspect.

Jabr al-Bakr was officially registered as refugees in Germany. The police got to the arrest in Leipzig help from the owner of the house where the suspect's whereabouts. Al-Bakr would it have appealed to him unknown man at the station and have requested shelter. The man agreed, but warned by telephone the police. When that did the raid, the homeowner turned the accused have even tied up.\n  \n  \n   advertisement

The police also have the renter of the property in Chemnitz where al-Bakr was staying, arrested for complicity. It is a 33-year-old man from Syria. He was caught at the central station of Chemnitz. Also this suspect is officially registered as refugees.