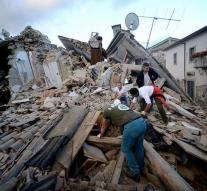 - The earthquake in Italy has caused significant damage in the historic centers of the places around Perugia. The first pictures from the area, the damage to see.

In particular, the city Accumoli, Amatrice, Posta and Arquata del Tronto are severely affected. The earthquake were several deaths.