Home / World / Photos of IS on website Argentine army 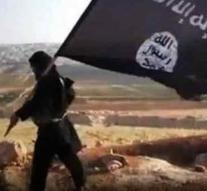 buenos aires - On a website of the Army of Argentina, Monday suddenly appeared pictures of black-clad men with the text: 'This is a threat. IS is in Argentina and you will soon hear from us. '

The Argentine army managed to remove the pictures and the text after about twenty minutes. The army investigates who has the hack upon his conscience because there is no certainty that Islamic State has actually done it. The navy and air force websites were left untouched.