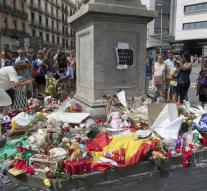 rabat - The Moroccan authorities have arrested two more people in connection with the investigation into terrorist attacks earlier this month in Catalonia, according to the Spanish Minister of Interior, Juan Ignacio Zoido.

One is suspected of supplying gas bottles to the terrorist cell, said a source involved in the Spanish investigation.

Zoido, in Rabat, held talks with his Moroccan official on Tuesday. He said that the Spanish and Moroccan authorities cooperated closely in the investigation.