Home / World / Permanent supervision of the finances of the Antilles 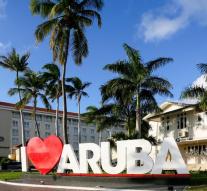 According to the economist, the supervision increases the attractiveness of investing and reduces the risk that the Netherlands raises for financial mismanagement. He says in the Financieele Dagblad

'The combination of carrot and stick helps,' says Bakker. 'The root is that the islands can borrow cheap money abroad through the Netherlands. 'Thus, the island states of Curaçao, Saint Maarten, Aruba and the three overseas municipalities of Bonaire, Saint Eustatius and Saba can' flourish 'with the good reputation of the Netherlands on the international capital markets. 'The stick is that independent financial supervision also has teeth by giving directions. '