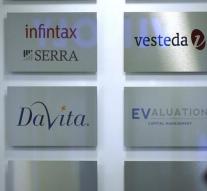 amsterdam - A witness for the parliamentary interrogation committee on tax structures may have lied to it.

This is evidenced by research by the Financieele Dagblad en Trouw of the hearing of Guus Poelen, director of the Amsterdam Trust and Advisory Office Infintax. On committing injured persons, there is a maximum six-year custody sentence.

On Wednesday, the interrogation committee chaired by PvdA Chamberlain Henk Nijboer presented her findings. The commission was set up following the publications on the so-called Panama Papers. Documents released last year revealed that a considerable number of empires used a Panamese company to withdraw their assets from the tax authorities. The commission wanted to know how people with the help of that office lock money from the Netherlands to tax havens.