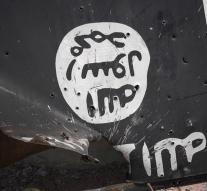 washington - The leader of Islamic State in Afghanistan, Abu Sayed, has been killed earlier this week. According to the Pentagon, this happened by an attack at the headquarters of the terrorist organization in Kumar Province.

Defense spokeswoman Dana White stated Friday that other IS members killed the action of the American armed forces. That means, according to her, 'a major disruption of the terrorist group's plans to expand its presence in Afghanistan'.