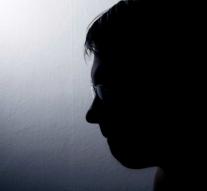 rome - have been arrested in Europe 75 suspects in a police operation against child pornography on the Internet. This made the European Police Office, Europol and the Italian police on Tuesday.

Europol had about 611 suspect cases forwarded to the relevant countries, were investigated in 207 cases. This led to 75 arrests.

The scheme called Operation Daylight 'involved all EU member states except Malta and the Czech Republic. Or be carried out in the Netherlands arrests, was not disclosed.


,, The operation has exposed a major pedophile network '', Italian police said. In Italy arrested five suspects. According to the Italian police in Europe are more than a hundred people charged with the production or distribution of child pornography.