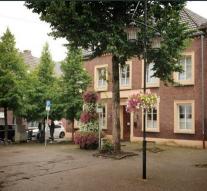 brought - A survivor of a Belgian patient claims that three patients in the cancer clinic in the German city Spent his deceased by an injection of glucose.

According to the survivor, the three last Wednesday received an infusion of glucose blockers. Shortly afterwards they felt sick and a few days later they came to death.

The German Public Prosecution Service reports that still needs to be examined whether patients are actually deceased by mishandling.


The founder of the alternative cancer clinic confirmed Wednesday that one of his patients, a 43-year-old Dutch woman, is deceased. On the other two deceased patients was nothing said.