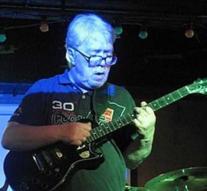 - Last month, a Boeing from Transavia Airlines had to make an emergency landing because passengers got sick because of the stench of one of the travelers. Now the reason is known and it has absolutely nothing to do with poor hygiene. The man, the Russian composer and guitarist Andrey Suchilin, suffered from a rare infectious disease and has since died.

At the end of May, the pilot of a Boeing 737 of the Dutch airline company Transavia Airlines made an emergency landing in Faro. The aircraft was on its way from Amsterdam to Gran Canaria. But different people were sick on the way and even had to vomit. The cause: the unpleasant smell of one of the passengers.

Stewards and flight attendants did what they could. They sprayed odor remover on the plane and asked the man to take a seat in the toilets. That was temporary. But the smell was so strong that the pilot finally decided to take the plane to the ground and then fly on without the man.