Home / World / Parrot who saw that murder not heard 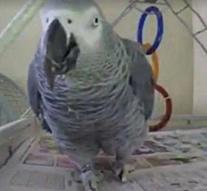 sand lake - A 49-year-old woman from the US state of Michigan has been found guilty of the murder of her husband. In May 2015, Glenna Duram shot her husband five times in his house in Sand Lake. There was a special witness in the rumor: a parrot. However, this has not been heard.

Parrot Bud played a prominent role in the case. The bird continued to repeat the moment his boss was shot. Bud was constantly killing the last words of his murdered boss after he said: 'Damn, do not shoot!'

In the end, the parrot was not used in the lawsuit. Initially, it was said that the bird's 'testimony' would be used. However, that did not happen later after protest from the lawyer of Glenna Duram.

After firing her husband, Duram wanted to rob herself of life. That failed.

She has now been found guilty of the murder of her husband Martin. Next month she gets her final punishment.