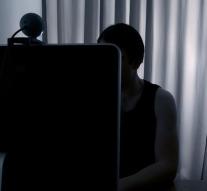 - A majority in parliament wants the government to examine whether more money can be allocated to support the fight against Webcam with children in the Philippines. This is clear from the questions from Christian Union, PvdA, VVD, SP and the SGP.

MPs were shown earlier this month, images of Boundless Abused, a documentary about child abuse in the Philippines, made by the Evangelical Broadcasting and organizations Terre des Hommes and the International Justice Mission. The parties want to know if more money can be freed up to work out the vice squad in the Philippines and support.

The parties also ask whether more can be done to child abusers and people who view the images to detect, and for example, to use the computers of arrested suspects to detect other abusers.

On Tuesday it was announced that the Public Prosecutor together with European and Asian countries more inquiry into child-on-demand via live streams from among others the Philippines. In December, a Dutch delegation traveling to Asia to join forces between the national investigation teams involved and create new working arrangements.