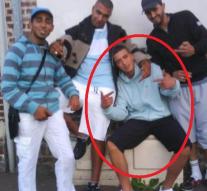 - The French state is responsible for the death of a French soldier at the hands of the extremist Mohammed Merah. This has given a court in Nimes Tuesday. France needs to the families of the military pay compensation.

Merah shot in March 2013 in Toulouse and Montauban three French soldiers of North African descent died. He opened fire on people at a Jewish school in Toulouse, leaving three children and a man were killed. He himself was on March 22 at the storming of his apartment slain by police in Toulouse. The family of one of the dead soldiers filed a case against the state.

The French Justice held Merah up watching the end of 2011. The court called it a failure of the authorities to remove those surveillance. That chance was squandered to foil the attack on the military. The state is therefore a third responsible for the death of the soldier, said the court.

Pokemon craze is so bizarre yet!