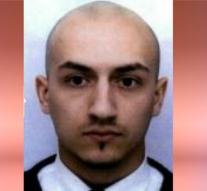 - Samy Amimour, one of the perpetrators of the massacre at the Paris Bataclan concert hall, was buried on Christmas Eve. He lies in the cemetery of La Courneuve in the Paris region, media reported Sunday. The grave is not recognizable to prevent his final resting place grows into an example of pilgrimage.

The funeral, which would have been the Muslim part, was attended by only a few people. Animour would be the first culprit of the attacks of November 13, which is buried, the newspaper Le Journal du Dimanche.

The former bus driver was radicalized, traveled to Syria, then again to return to France. Together with two other suicide bombers stormed it on the evening of November 13 the Bataclan. They shot 89 people dead at a performance by the Eagles of Death Metal.